Thanksgiving is coming up. Do you know that 41% of Americans feel that they have more to be thankful about this year? So why not rent a sprinter van rental in New York City and celebrate Thanksgiving right with your family and friends.

Thanksgiving was first celebrated in 1621, and we celebrate it every year. There are a lot of trivia regarding this holiday, so why don’t you click here to read more about Thanksgiving statistics that you can memorize and share with the family on the day itself? 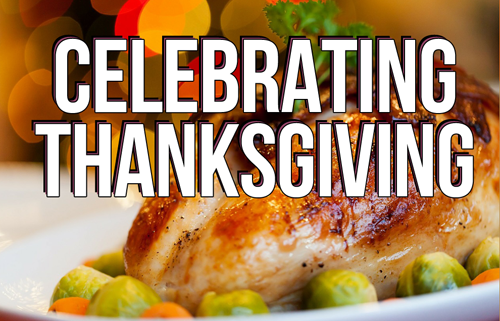 What to do this Thanksgiving?

Aside from getting together with family and friends, you should also have some activities outside the home. For one, you and your family could go to the Macy's Thanksgiving Day Parade. This yearly tradition is close to 100 years old and is the second oldest Thanksgiving Day parade in the country. At least 3.5 million people are expected to come and watch the parade, with 10,000 participating.

You must get ready for cool floats, balloons and musical performances.

Some of the artists and celebrities lined up for this year's parade are Sabrina Carpenter, Nicky Jam, Bebe Rexha, Padma Lakshmi, Leslie Odom, Jr., Smokey Robinson, Goo Goo Dolls, Wyclef Jean, Dustin Lynch, and 98 Degrees. There are also parade floats and parade balloons. In the past, some of the floats and balloons that have graced the parade are Dora's Christmas Carol Adventure, and Reshiram and Zekrom, the Olive Oyl balloon, Shrek, Spider-Man, Snoopy, and Dora the Explorer.

Go on a walking tour

Get your family and friend on a sprinter van rental in New York City and go on one of the walking tours that are conducted on Thanksgiving Day itself.

You can satisfy your inner history buff by visiting the many historic sites in and around the Financial District. This Revolutionary Era Walking Tour lasts 2 hour and 30 minute and costs $39.00 per person.

Alternatively, you can get to know New York that Alexander Hamilton and Aaron Burr knew. The Hamilton Walking Tour will take you to the Big Apple’s oldest sites.

If you have a family of foodies, then you can go on a food tour that you can go to. The Foods of NY Tours is now close to two decades old, with the first tour happening in 1999. Tour guides will show you the beautiful neighborhoods of NYC and delight you with their funny stories. Then you will be treated to delicious meals at every stop. You can also arrange for a private food tour.

Or you can go on the Greenwich Village Walking Tour, which will take you to the lesser-known sites in the city and allow you to explore the West Village, and get to know the neighborhood’s history, architecture and culture.

Other things to do

There are other things you can check out as well.

Bank of America Winter Village at Bryant Park. You can be one of the crowds at the 17,000 square foot outdoor skating rink at Bryant Park. Admission is free but you will have to bring your own skates. You can also rent a pair for $20. You can spend the entire afternoon on the ice, and then retire to Public Fare, a restaurant just beside the rink where you can keep warm.