REASONS WHY YOU SHOULD GET A NEW YORK BUS RENTAL

New York is home to the "city that never sleeps," New York City. It is also home to around 20 million people. With a lot of the world's biggest corporations headquartered in the state and numerous tourists coming in at any time of the year, among other things, it is not a wonder why there are a lot of New York bus rental companies to accommodate the ever-growing demand for group transportation.

A New York bus rental is Ideal for Corporate Transportation

Shuttling employees to a company event such as a training session, field day or conference? Each bus can easily and conveniently transport groups of up to 60 or more members. As such, you no longer have to worry about your corporate event participants making it to the venue on time. Another advantage is that participants no longer need to sweat it out in traffic and to chase public buses or taxi cabs with other commuters. As a result, your participants arrive at the venue stress-free, with a relaxed state of mind, and looking their best.

In New York City alone, there are hundreds of sights to see and places to visit. The city is literally dotted with museums, tourist spots, famous landmarks and buildings, beautiful parks and gardens, and even venues for exhibitions.

So why not organize a tour on board a charter bus? Here are just some places worth going to: 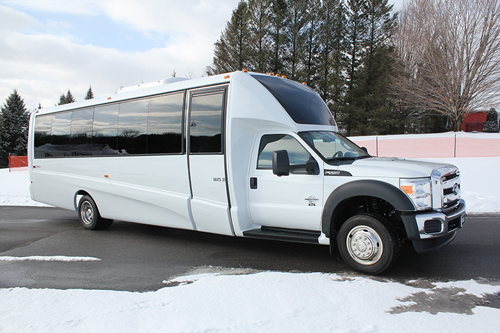 For kids and adults alike, there are a lot of notable museums in New York. 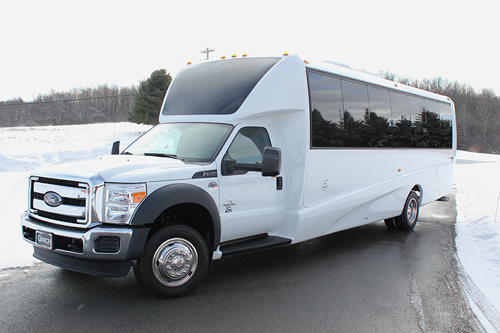 There are many other museums and exhibitions in, around and outside the city. So for a really enjoyable and enriching time, why not go museum hopping? You can transport everybody in your group from one museum to the next with a charter bus from Custom Coach and Limo!

Perhaps a visit to New York won't be complete for you without catching a show on Broadway. New York always has an award winning musical being staged at all times of the year. Even non-tourists will be delighted to catch these shows.

Aside from musicals and plays, there are also a bunch of other venues for special stage performances, concerts, and other special events. Treat everybody to a night of fun and entertainment by chartering a bus from a bus charter company, making sure that everybody gets to the show without any hassle, and ensuring that everyone gets home safe and sound?

Remember that these are just within New York City. If you want your group to experience the best of what the state has to offer, then how about coming up with an itinerary that includes all the notable places around the state. It may take days, but it will be very fun and very convenient if you have a charter bus to transport everybody around.

Explore the beauty and wonders of New York with a New York bus rental, call USBusRenteals.com at 1-866-952-8737